“Mountains and salmon and coffee and rain” of Seattle

Tableau (DATA) is top on the economic news these days, thanks to the great success of its IPO, that even few days after keeps humming at +75% vs. the initial offering price – kudos!

Well, ten years ago Tableau’s founders decided they needed a change of scenery and chose the “mountains and salmon and coffee and rain” of Seattle, in what CEO Christian Chabot has called one of the best decisions the company has made.

This is an unequivocal endorsement of the Seattle area as a place to build technology companies in general, and of the region’s leadership in big data (as well as cloud, mobile apps, gaming…).

“Seattle is in the catbird seat—because of the ‘big guys’ (Amazon, Microsoft, and a significant Google presence) and also because of smaller companies like Tableau, Zillow, Inrix, Sage Bionetworks, and many others,” says University of Washington computer science professor Ed Lazowska in an email. “We can ‘own’ this.”

Two things then: a great pool of talents, and a culture for innovation that is facilitated by a higher than average adoption of technology. 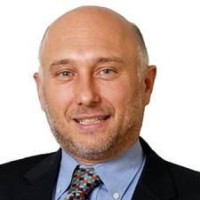